Kelly, dumped by her owners, overcomes distemper, lands in loving home: People and their pets

BEREA, Ohio — Such a tiny thing she is. Such a huge heart she has – one that she shares with everybody. Nuovo Biologics partnered with a local Ohio organization to offer life-saving treatment to an abandoned dog suffering from Distemper. When we met her, Kelly greeted Pam and me as if we were long, lost friends. We didn’t know it then, but that’s how she treats everyone: humans, dogs – cats, even. (Squirrels, rabbits, and whatnot are another story. She’s as sweet as pie. But she is, after all, a dog). 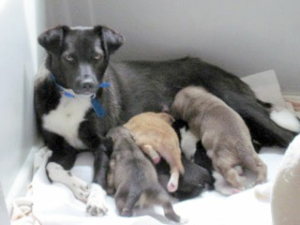 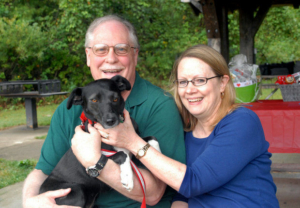 Researchers from Auburn University’s Research Initiative in Cancer (AURIC), and Nuovo Biologics LLC, of Davie, Fl., have announced a partnership to develop new therapies for cancer.

Initially targeting canine malignant melanoma, or skin cancer, a deadly tumor that affects many dogs, the team will be testing Nuovo’s innovative anti-cancer peptide drug MMX for its ability to treat these tumors.

The National Institutes for Health recently awarded a grant funded by the U.S. Food and Drug Administration to support a clinical trial of the new peptide treatment. According to Dr. Bruce Smith, Director of AURIC and leader of the Auburn component of the research effort, the clinical trial will begin to recruit patients as early as June or July.

In addition to the planned research with Nuovo, AURIC scientists are pursuing a wide variety of interdisciplinary cancer research, ranging from identifying the basic mechanisms that make normal cells become cancerous to a variety of new approaches to treating cancers. Funding for AURIC research is provided by the State of Alabama, Federal research grants, funding from private organizations and donations from individuals.

Both AURIC and Nuovo Biologics take a One-Health/One-Medicine approach to cancer treatment, allowing discoveries in one species to be translated to other species. This latest partnership builds on the collaborative approach Nuovo has implemented with academic institutions, researchers, and veterinarians across the country.