Much of the effort associated with discovering and bringing new drugs into the marketplace has now shifted to small and medium sized biotech companies with limited financial resources and, in some cases, has shifted to individuals. Nuovo Biologics fits this model of a small company with limited resources working to commercialize a new proprietary drug.

Our regulatory guidance approach began by applying for an FDA ADUFA (Animal Drug User Fee Act) sponsor fee waiver. To date the FDA has granted waivers for all applicable sponsor fees under the “significant barrier to innovation” provision of ADUFA totaling an estimated $800,000. 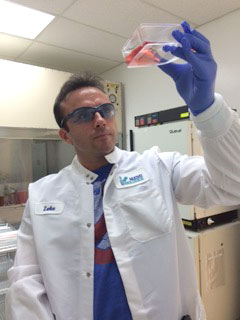